Day two was launched with a Mormon brunch, which the men attended in beards and hats with the ladies appearing in country costume. Later in the day a gentleman's broth 3 was served in tobacco leaves whilst the ladies enjoyed a soup garnished 4 with Laura-Ashley roses - those with the luscious petals - flown in specially from England.

In fact, as Balzer emphasises, he remembers each and every one of his events right down to the decoration and the order of the menu — and there have been many throughout the years. What's the nicest thing about his role as host?

The Goose Bump Guarantor is a literal translation and is only just on the edge of being acceptable. I have been noticing a shift of emphasis in English with goose bumps being reserved more and more for the reaction to cold or horror whilst 'the hair on the back of one's neck standing up' is being used more often to describe the feeling implicitly referred to in this article. Maybe it would be best to find another title altogether — maybe 'The Earl of Entertainment' or something like that. I have used italics for particularly colloquial terms such as might be used in a magazine article, especially in an article of this sort that wants to sound up-beat and 'with it' 3.

Changed to 'broth' avoid the repetition of 'soup' in close succession and because it somehow sounds more masculine. My assumption is that the soup was garnished with roses rather than being made of them — can you eat roses? Google und Co. Einige tragen ihn als file auf ihrem Memory Stick mit sich herum oder er steht im digitalen Buchregal, an das keiner mit Hammer und Bagger ran kann.

We know things today that our parent's generation never even dared dream of. We live in hash-tag Twitter societies in which people not only transmit information in mere seconds, but can also disseminate it around the world.

I often catch myself thinking back nostalgically to the days when people still wrote more letters than emails and simply drove over to see their friends rather than texting them. Every innovation relating to the further expansion of high-tech' social media seems to be accompanied by the increasing scorification of the human collective, which goes hand-in-hand with the rape of the private sphere to which we give our willing consent.

According to German Sociologist Harald Welzer, our modern societies are not only heading towards a new totalitarianism, but are also in the throes of an, as yet peaceful, revolution in the prevailing form of rule in which social platforms and corporations, such as Google and Co. As a student of totalitarianism, Welzer knows that, in order to be better able to control people in the longer term, the first things to be dispensed with under any dictatorship are the private sphere along with all things secret and hidden.

Google and their ilk have already been working towards this abolition privacy for many years, and already control not just the mountains of data within the Internet but also, with our acquiescence, our private lives. We empower them to create new standards and values — to dictate to us what is normal and appropriate, what is cool or uncool, what is beautiful and what is ugly — what is desirable and what is not. Yet, over the past few weeks and months I have had to relativise the way I view this new digital world to some extent.


For it strikes me that, as dangerous as it may be on the one hand, the retention of online data counteracts a radically different development — the destruction not only of data, but also of our collective memory — the erasure of the historical record. The upshot is that burning books no longer poses the same threat to today's self-proclaimed advanced civilisations as it once did. During the past month I've relocated to Potsdam, a beautiful town with more UNESCO World Heritage Sites than you can shake a stick at, which somehow manages to seamlessly connect the eighteenth and twenty-first centuries.

Just how well it does so becomes obvious when one takes a leisurely bike ride passed the Sanssouci Palace gardens every morning whilst simultaneously keeping abreast of how ISIS is systematically annihilating the common heritage of humanity in other, but not too distant, parts of the world. Yet, the very fact that such a heinous act of cultural vandalism inevitably leaves a trace in the digital world ensures the ultimate survival of, at least, images of the sites in question, even if the physical remains are reduced to dust and rubble. As long as mankind is able to read the digital record, nothing it contains can be lost forever.

I love the idea that The Transnational — and your contributions to it — will always have a niche of their own within this nebulous universe of computers, servers, external drives, and social media: we shall persist — and you shall persist. Our words will remain. Much like some antibody, they are immune to destruction by outside forces because The Transnational is swimming through the vast ocean of data that is the Internet in the form of an e-book. Some carry it around as a file on a memory stick. Others stow it away on some digital bookshelf. Either way it is safe from jackhammers and wrecking balls.

And even if the hacker community should ever turn its destructive gaze on literature, somebody somewhere will always have a pristine copy of The Transnational on some form of removable media, just waiting to be rediscovered. They are chiselled into the very fabric of the Internet and will continue their 'careers' for as long as anyone cares to read them, listen to them, share them or comment on them. So literature, one of man's earliest achievements, has found a way to survive. Modernity itself furnishes it with the means to do so, but it is you, the contributors, who give it life.

In this edition, 38 authors come together to comment on life, to allow us a glimpse into their various mind sets, and to draw our attention to the things that move them as individuals and which may, or perhaps ought to, move others.

Thus, they gift to us a piece of eternity. We may agree or disagree with these utterances. We may formulate our own thoughts on the issues in question or we may expand upon existing ideas — we can do all of that, but no one can destroy them. They cannot be eradicated. We are in the process of creating our own cultural heritage in words, sentences, and opinions. My heartfelt thanks to all contributors. All the best to you all from Potsdam. Das Ende der Sprachlosigkeit. Und so warfen sich die Derangierten in die Arztkittel und vertauschten frech die Rollen. 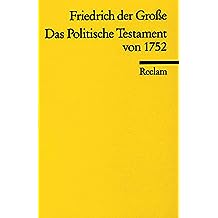 Hemmungslos verschlingt der falsche Leviathan die Demokratie samt freier Marktwirtschaft. Translation - English The loony left - what's it all about? The basic concept, en vogue since when the sons and daughters of the bored-oisie found their vocation in hooliganism, seems convincingly simple and goes like this: it's not the sick who need treatment but rather the society that ostensibly makes them ill.

And so the misfits promptly donned white coats and insolently switched roles. Since then a whole host of these patients have managed to penetrate to the highest echelons of power cleverly disguised as therapists: their own version of Dutschke's 'march through the institutions'.

Felix Krull was a mere errand boy by comparison. So what does it all mean in practice? Ironically enough, this is all been done by those very people who have traditionally stood shoulder-to-shoulder with the most vocal advocates of paedophilia.

But it's in the battle of terminology that the loony left is able to fight with such bravura. It's their insidious euphemisms and masterly displays of outrage that have such a mesmerising effect and drag the disoriented masses into the maw of the all-encompassing, all-controlling, and all-knowing state, that very state now garrisoned by these same sons and daughters. After all, their illustrious careers derive precisely from their Samaritan-esque embodiment of the state, masquerading as the benefactors of the needy and healers of the helpless.

And so it is that this false state, with its counterfeit doctors, infiltrates every sphere of public and private life. All that remains to be done is to silence a few dissenters, to intimidate and browbeat all the non-believers, who bravely continue to cling to the principle of personal responsibility. All hounded to their very souls in summary hearings and dispatched under the ideological guillotines, while, with wanton abandon, this treacherous Leviathan gobbles down democracy along with the free market economy.


The loony left is the bloodhound snuffling out the "victims" in need of its aid. The more it learns how to distil "hardship and helplessness", "cold indifference and exploitation" from the tiniest of scratches, the more aid workers need to be recruited to provide succour to the "victims".